Rot­tweil is the old­est town in Baden-Würt­tem­berg, locat­ed 95 km (60 mi) from Stuttgart. While his­to­ry, art, and nature attract vis­i­tors year round, it is par­tic­u­lar­ly pop­u­lar dur­ing the tra­di­tion­al car­ni­val peri­od known as Fas­net. Of course, you might also know it as the home of the Rot­tweil­er dog breed.

Rot­tweil shows signs of set­tle­ment dat­ing back to 2000 BC, and around 73 AD that the Romans built a mil­i­tary base in what is now Rot­tweil’s Old Town area. In the Frank­ish peri­od, a roy­al palace was locat­ed in Rot­tweil. It was towards the end of the 12th cen­tu­ry that the late medieval core of the town was built, with church­es, foun­tains, town hous­es and espe­cial­ly the famous tow­ers stand­ing to this day.

From 2nd cen­tu­ry AD Orpheus mosa­ic to many muse­ums and art exhi­bi­tions, to the­aters and music fes­ti­vals, there’s always some­thing cul­tur­al to enjoy in Rot­tweil. For those look­ing for recre­ation or relax­ation, there is the salt­wa­ter and adven­ture pool “Aqua­sol” as well as numer­ous hik­ing and bik­ing trails around the city. 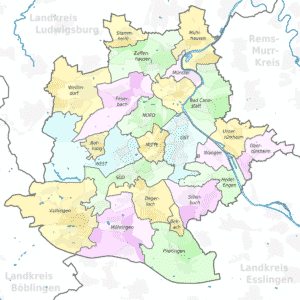 This site uses cookies. By continuing to browse the site, you are agreeing to our use of cookies.

This website uses cookies that are stored on your computer. Cookies do not harm your computer and do not contain any viruses. Cookies help make our website more user-friendly, efficient, and secure. You can configure your browser to inform you about the use of cookies so that you can decide on a case-by-case basis whether to accept or reject a cookie. Alternatively, your browser can be configured to automatically accept cookies under certain conditions or to always reject them, or to automatically delete cookies when closing your browser. Disabling cookies may limit the functionality of this website.

This website uses cookies that allow an analysis of the use of the website. The information generated by the cookies about the use of our website is stored on our server in Germany and is not transferred to third parties like Google. Your IP address will be anonymized after processing and before storage. Your browser may allow you to adjust your browser settings so that Do Not Track (DNT) requests are sent to our website. We respect your wishes and will not track your activity if DNT requests are sent correctly. Alternatively, you can disable or enable this tracking.

We also use external services like Google Maps, YouTube and Vimeo. Since these services may collect personal data like your IP address we allow you to block them here. Please be aware that this might reduce the functionality and change the appearance of our site. Changes will take effect once you reload the page.